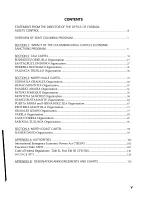 
Treasury's Office of Foreign Assets Control ("OFAC") integrates regulatory, national security, investigative, enforcement, and intelligence elements towards a single goal: eff ective implementation of economic sanctions programs against foreign threats and adversaries. OFAC currently administers and enforces more than 30 economic sanctions programs pursuant to Presidential and Congressional mandates,1 targeting select foreign countries and regimes, terrorist organizations, proliferators of weapons of mass destruction, and narcotics traffickers. OFAC acts under general Presidential wartime and national emergency powers, as well as specific legislation, to prohibit transactions and freeze (or "block") assets within the United States or in possession or control of U.S. persons, including their foreign branches. These programs are administered in conjunction with diplomatic, law enforcement and occasionally military action. Since 1995, the Executive Branch has developed an array of "targeted" sanctions programs that focus on drug cartels and traffickers, international terrorist groups, proliferators of weapons of mass destruction, members of hostile regimes, and other individuals and groups whose activities threaten U.S. interests. Narcotics traffickers operating on a global scale require an extensive support network, including procurement, logistics, transportation, communications, security, money laundering, and other facilitation. Disguising the sometimes vast profits derived from major drug operations requires the purchase of ostensibly legitimate enterprises capable of handling business on an international scale. These illicitly funded "corporate empires" can be extensive, complex, and undermine the integrity of financial systems. They are also one of the drug cartels' greatest vulnerabilities. To combat the threats of violence, corruption, and harm posed by narcotics traffickers and their networks, President Clinton signed Executive Order 12978 in October 1995, declaring a national emergency with respect to significant foreign narcotics traffickers centered in Colombia. The impact of these sanctions has been significant and, at times, dramatic. When OFAC designates an individual or entity, any assets within the United States or the possession or control of a U.S. person anywhere in the world, must be frozen. Trade with or through the United States is cut off. Moreover, many non-U.S. businesses and banks have voluntarily severed all ties with individuals and entities that OFAC has listed. As a result, designated persons may lose access to their bank accounts outside the United States, disrupting their operations and freedom of access. Finally, in many cases, Colombian authorities have taken law enforcement actions against designated companies or properties after OFAC listed them. Collectively, these actions have disrupted more than $1 billion worth of assets-in blockings, seizures, forfeitures, and the failure of enterprises-and economically isolated the individuals who own and manage the enterprises. The Director of the Office of National Drug Control Policy ("ONDCP"), in fact, stated that OFAC's efforts have resulted in "the forfeiture of billions of dollars worth of drug-related assets." This report reviews the SDNT program's achievements over the past 11 years, as it has targeted the leaders of Colombia's Cali, North Valle, and North Coast drug cartels. It is our hope that the report will provide a useful window into the history and achievements of this program, as well as lessons for refining sanctions targeting and implementation in the future in this and other programs.


Sanctions have become the go-to foreign policy tool for the United States. Coercive economic measures such as trade tariffs, financial penalties, and export controls affect large numbers of companies and states across the globe. Some of these penalties target nonstate actors, such as Colombian drug cartels and Islamist terror groups; others apply to entire countries, including North Korea, Iran, and Russia. U.S. policy makers see sanctions as a low-cost tactic, but in reality these measures often fail to achieve their intended goals—and their potent side effects can even harm American interests. Backfire explores the surprising ways sanctions affect multinational companies, governments, and ultimately millions of people around the world. Drawing on interviews with experts, policy makers, and people in sanctioned countries, Agathe Demarais examines the unintended consequences of the use of sanctions as a diplomatic weapon. The proliferation of sanctions spurs efforts to evade them, as states and firms seek ways to circumvent U.S. penalties. This is only part of the story. Sanctions also reshape relations between countries, pushing governments that are at odds with the U.S. closer to each other—or, increasingly, to Russia and China. Full of counterintuitive insights spanning a wide range of topics, from Russia’s invasion of Ukraine to Iran’s COVID response and China’s cryptocurrency ambitions, Backfire reveals how sanctions are transforming geopolitics and the global economy—as well as diminishing U.S. influence. This insider’s account is an eye-opening, accessible, and timely book that sheds light on the future of sanctions in an increasingly multipolar world.

Authors: John R. Liebman, Roszel Cathcart Thomsen, James E. Bartlett
Categories: Law
Type: BOOK - Published: 2011-11-22 - Publisher: Wolters Kluwer
There should be no question in the mind of any exporter about the government'sintention to enforce applicable legislation and regulations. The penaltiesimposed by export laws and regulations are severe. Violations often lead toheavy fines and, in serious cases, to debarment from contracting with the U.S.Government, and possibly imprisonment. Additionally, the

© Books Directory 2022 . Made with using WordPress.