Skip to content
Home » Books » The Camel Who Crossed


The story of the famous Burke and Wills expedition ... as it has never been told before. The humans call him 'Bell Sing', but to the other camels he is known as 'He Who Spits Further Than the Wind'. Transported from the mountains and deserts of the 'Northwest Frontier' (present-day Pakistan and Afghanistan), Bell Sing accompanies explorers Burke and Wills as they try to cross Australia from south to north. Bell Sing has never had a high opinion of humans -- or horses. And this expedition is the worst-managed caravan he's ever been in. Camel handler Dost Mahomet and soldier John King are also beginning to wonder if their leader is competent ... or crazy. Bell Sing can smell water over the sandhills on the horizon ... and freedom too. Can the expedition succeed? And who -- if anyone -- will survive? This is the gritty and true story about one of the most extraordinary and iconic events in Australia's history. PRAISE FOR THE ANIMAL STARS 'an irreverent and informative charmer' - Sunday Age 'What a delight to read this book! ... could inspire much original history reading by young readers' - Book News 'This is history brought to life for the younger reader' - Reader's Feast Book Guide


This thrilling new volume from Martin Bowman focusses on British, Canadian, Australian and German soldiers and airmen who were captured during the First World War. Determined that they wouldnt spend the rest of the conflict incarcerated uselessly behind bars, they endeavored to escape. These are their stories.All aspects of prison life are covered here, and the author examines the various escape tactics that were employed by British soldiers and airmen held in PoW camps all over Germany and Turkey. In order to provide a balanced account, the author has also uncovered stories of German navy and army escapees who attempted to flee from England.Each chapter is preceded by an account which explains the types of camps used in Britain and Germany, the numbers involved, the food, the camp money system for worker prisoners and a general appreciation of the conditions and chronology. Firsthand accounts from the prisoners themselves are then woven into the picture, creating an authentic sense of the PoW experience.The emphasis of this unique book is placed on the human story of the main characters, the unparalleled action on the Western Front and the interaction and camaraderie experienced between soldiers and airmen held in prison camps in England, Germany and Turkey during the Second World War. 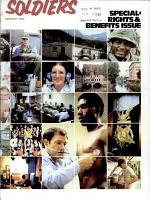 The Camel Who Crossed Australia

Authors: Jackie French
Categories: Juvenile Fiction
Type: BOOK - Published: 2010-02-01 - Publisher: HarperCollins Australia
The story of the famous Burke and Wills expedition ... as it has never been told before. The humans call him 'Bell Sing', but to the other camels he is known as 'He Who Spits Further Than the Wind'. Transported from the mountains and deserts of the 'Northwest Frontier' (present-day

Odd Fables and Other Poems

The Boy who Biked the World Part Three

Authors: Alastair Humphreys
Categories: Juvenile Fiction
Type: BOOK - Published: 2015-09-30 - Publisher: Eye & Lightning Books
Tom dreamed of being an adventurer. But people told him he was crazy, so he decided to prove them wrong by cycling round the world! Books One and Two follow Tom crossing Europe and descending Africa, then pedalling through the Americas to Alaska. In Part Three - the final leg

© Books Directory 2022 . Made with using WordPress.